Taking the Next Step With a New Administration

Taking the Next Step With a New Administration

Through a series of myopic “tough on crime” policies from the 1970–80s, the US has become the global leader in incarceration with results that fail to justify the system’s punitive means. Today, the national justice system costs $182,000,000,000 annually. Despite this price tag, the national recidivism rate is over 60%.

“In less than two years I went from state property to owning property in the state.” — Jason Jones, TLM Alumni & Remote Instruction Manager 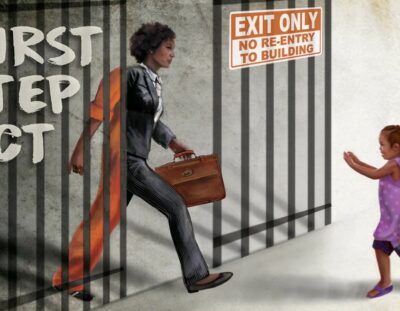 In 2018, President Trump signed the First Step Act, a bill to reduce irrationally long sentences and expand rehabilitative programming in federal prisons. The Act’s signing was a years-long bipartisan effort in which TLM co-founder Beverly Parenti took part, along with organizations like #cut50 and the REFORM Alliance; this milestone signaled hope for America’s deeply flawed justice system and those impacted by it.

While the law has made over 5,000 prison releases possible, holding the Trump administration accountable for other parts of the Act has been onerous, namely regarding funding. Trump legally agreed to allot the Act $75 million annually for five years, then severely undercut its funding in his 2020 budget, making congress responsible for correcting the deficit in an appropriations bill. Such obstacles have stymied progress in rehabilitative programming, a critical area in which most federal prisons are severely deprived.

Further, our soon-to-be-former president has thwarted the First Step Act’s most salient purpose: to prompt a domino effect of reforms that root systemic flaws out of America’s justice system. As the title indicates, the First Step Act is meant to be the first of myriad changes needed to address mass incarceration. Not only has Trump financially stifled the bill’s momentum since signing it, the Department of Justice (DOJ) has also attempted to block hundreds of eligible sentence reductions and has improperly implemented tools for earned time credit allocation.

Two years after the First Step Act’s signing and a disappointing lack of follow-through by Trump, hope has been reinvigorated with the election of a new administration.

President-elect Joe Biden and Vice President-elect Kamala Harris signify a positive outlook for America’s seemingly irreparable carceral system. Having the most progressive criminal justice plan of any major party candidate in generations, Biden is poised to mobilize long overdue reforms alongside Kamala Harris, who has been a key supporter of the First Step Act since its inception. A key principle of the plan states “our criminal justice system must be focused on redemption and rehabilitation.” Biden underscores this by pledging significant action — and proportionate funding — towards programs for those currently and formerly incarcerated.

The challenge of disbursement notwithstanding, the First Step Act’s $75 million annual budget amounts to approximately $400 per incarcerated individual, falling far short of the amount needed to make a difference through rehabilitative programs. With the alternative being to continue spending over $35,000 per person in the federal prison system, failing to adequately invest in such programs not only hurts those incarcerated, it hurts America’s wallet.

Through The Last Mile, hundreds of men, women, and youth have had the opportunity to transform themselves in prison, and their success makes the value of programs evident. Graduates of The Last Mile reenter society having learned high-demand skills, enabling them to secure gainful employment after serving their time.

“In less than two years I went from state property to owning property in the state.” — Jason Jones, TLM Alumni & Remote Instruction Manager

TLM Remote Instruction Manager Jason Jones served 13½ years in prison, during which time he seized opportunities to put his life on a new trajectory, which included learning how to code through The Last Mile. Today, Jason is an indispensable member of TLM’s staff, a leader of civic engagement among TLM alumni, and a role model to others in his community. He’s a homeowner, dedicated father, and only one of the hundreds of TLM participants who’ve proven that people can transform themselves when the right opportunities are made available.

In 2019, the DOJ reported that 49% of the 23,000 people released from federal prison between 2009 and 2015 did not complete any programming while in custody and 57% in need of drug treatment had not received any services. It is illogical to expect that after decades spent idly without resources for personal or professional development, people are prepared to succeed in society. The expansion of rehabilitative programming is a critical part of the First Step Act because as America’s astronomical recidivism rate indicates, the majority of people leaving prison are underprepared for successful reentry.

“To be clear, the First Step Act is very much just that — a First Step. It is a compromise of a compromise, and we ultimately need to make far greater reforms if we are to right the wrongs that exist in our criminal justice system.” — Vice President-elect Kamala Harris

Biden has pledged $20 billion in federal funding to states focused on incarceration and recidivism prevention, with the stipulations that states must uphold the First Step Act by eliminating mandatory minimums and creating earned credit programs for people serving time. While this type of effort is only the beginning, the new administration calls for a sigh of relief among proponents of ending mass incarceration, who can now drive progress without gratuitous government pushback. With a commitment to reducing recidivism through career-oriented programming inside prisons, The Last Mile remains adamant that through education and opportunities, the cycle of incarceration can be broken.