For the last decade, our political process has become bound in a binary sense of partisan loyalty, stifling progress on critical legislation that directly impacts the citizens of our country. Surprisingly, one unlikely issue has resonated across the aisle and provided hope that Republicans and Democrats can actually set aside their biases and become change agents for the common good. That issue is criminal justice reform.

Ten years ago, my wife Beverly and I were introduced to the issues of mass incarceration and the troubling epidemic of recidivism that has plagued our country for many years. Like many Americans, we were unaware of these systemic issues that were being perpetuated by a public sentiment of “tough on crime”, introduced decades ago as a response to rising crime rates and the infiltration of drugs into every neighborhood in America. 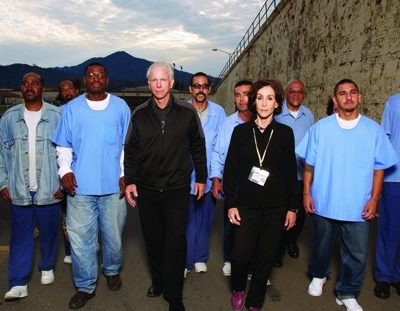 This legislation was introduced by Republicans and reinforced by Democrats for decades. It was a political assault on underserved communities, especially African American communities. The United States leads the world in incarceration rates, recidivism and the cost of incarceration. This is not a leadership position to be proud of.

What evolved from our research into this troubling issue is The Last Mile (TLM), a non-profit devoted to reforming the criminal justice system. Today, TLM is one of the most successful prison education programs in the country, teaching coding skills to men, women, and youth in 19 classrooms across 5 states. TLM graduates have been hired by some of the leading technology companies in Silicon Valley and beyond.

The Last Mile has become embedded in the criminal justice reform movement that has gained momentum over the last decade. This movement is one of the most powerful bipartisan initiatives of the past 40 years. State and local politicians, as well as politicians in Washington DC, are crossing the aisle to create long-overdue change, beginning a journey to rectify this tragic assault on our communities.

We were recently invited by the current administration’s Workforce Policy Advisory Board (AWPAB) to present The Last Mile to some of the most influential CEOs in the country. The response from this group was extremely positive, already generating genuine discussions about hiring formerly incarcerated people. We are working with progressive non-profits like #cut50 and Stand Together, and we will continue to work with those government and business leaders who are committed to creating positive change.

While support from the majority of people has been overwhelmingly positive, there are still some who do not understand how we are positioned to help resolve the disturbing legacy of judicial inequities. They’d prefer we align only with one side or another in this fight. But excluding committed leaders in government and business will only perpetuate divided politics and a divided nation. The Last Mile was founded on the principles of collaboration and transformation and we will continue to pave the road to success. We are proud of the progress we have made and we are proud of our country for realizing that mass incarceration is not the answer.

The Last Mile team has made huge progress over the last decade, instilling hope to incarcerated populations across the country, and helping to introduce the business and technology communities to a population of people who deserve a Second Chance.

As all of the TLM participants, past or present know, if they “believe in the process”, good things will happen.

Beverly and I continue to “believe” more than ever before.

We have faith that you will too.

“Paving The Road To Success”